Minutes of the of Dunston Parish Council Meeting held on Monday 1st June at 7.30pm via Zoom.

The details of this meeting were shared on the parish webpage and noticeboard as usual.

ACCEPTANCE OF MINUTES: The minutes for the meeting held on Monday 18th May were amended to include K.Atken as present, before being unanimously held to be a true and accurate record.

ZOOM SUBSCRIPTION: Improved access to Zoom has been organised LS to liaise with RM to utilise this facility at the next meeting.

ZOOM SUBSCRIPTION: Improved access to Zoom has been organised LS to liaise with RM to utilise this facility at the next meeting.

There were no objections or comments in relation to this application.

Western Power –  Permission has been sought to cut back trees growing close to power lines around the village. No concerns / permission granted.

FOOTPATH ACCESS : Concerns regarding access to the path from the Stepping Out point to Wasps Nest have been raised. NB has already been able to ascertain that NKDC Planning have not received any requests for change of use. Contact LCC Footpaths for further clarification. 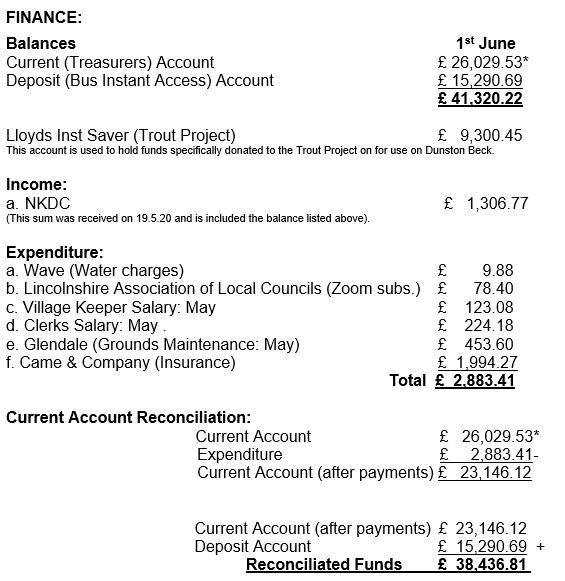