Minutes of the of Dunston Parish Council Meeting held on Monday 27th July at 7.30pm via Zoom.

ACCEPTANCE OF MINUTES: After a note regarding the maintenance of the brambles at the playing field was added, the minutes were held to be a true and accurate record.

PARISH COUNCIL MEMBERSHIP: An expression of interest in becoming a Parish Councillor has been received. As there are currently 4 vacancies, additional members would be very much welcomed. RM to follow up.

COUNTY COUNCILLOR Rob Kendrick: The County Councillor’s Report was shared after the meeting due to a labelling error.

•    NKDC have accepted responsibility for maintaining the green and will address the overgrown areas in due course.
•    The Ford/Prior Lane bin has arrived. Glasdon’s do not offer an installation service. Installation to be undertaken as soon as possible.

•    Thanks were extended to anyone who has helped to keep this area relatively litter-free.
•    New memorial bench: the position between the existing benches on The Green has been suggested and happily accepted by the donor, but discussions still need to take place regarding the details.

•    The gate locking appears to have deterred night time visitors and will be relaxed for a trial period. Communicate to volunteer/s.

•    The VH Manager has reported overgrown trees and shrubbery around the building. The following areas were identified as being in need of attention:
•    A large tree is growing very close to the roof (back southwest corner). Cut back to protect the integrity of the roof.
•    A large tree near the drive entrance is getting large. Cut back to maintain visibility on Chapel Lane and the VH drive.
•    The fire exits at the back of the building are easily accessible with a pram, although this area was noted as being rather dark. Revisit after discussion with the VH Manager (it may be prudent to trim these back with the homeowners’ permission).

The Council agreed to seek quotes for the work highlighted in bold. It was acknowledged that it would be cost effective to address any other areas of concern at the same time, so the VH manager/Committee will be consulted before the contractors are approached. Photographs and/or a diagram to illustrate the areas of concern will also be required.

•    The VH is now open for a limited range of activities (currently Pilates, Yoga and Line Dancing).
•    The C19 regulations have generated a great deal of work including the creation of a thorough risk assessment plan and hugely increased, and somewhat costly, cleaning routine.
•    DPC were asked if they were planning to return to the Lamyman Room for their meetings, and if they would be prepared to cover the increased costs of cleaning associated with its use (£20 per session). There was no objection to covering this cost, but it was felt that it would be prudent to continue to use Zoom meetings until the end of the year. The fortnightly frequency will be reviewed & an article in Limespring Hundred will be written to summarise key points and publicise the Zoom log in & password further.

Full details of all Planning Applications are available on the Planning Online page of the NKDC website. 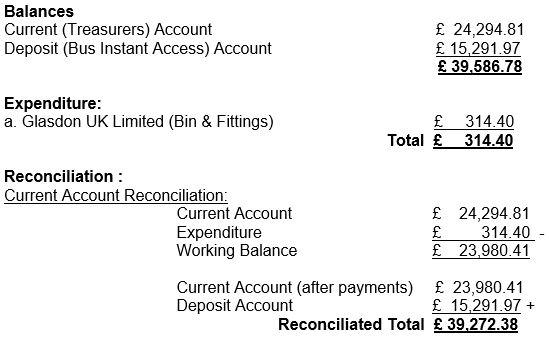 •    A letter thanking residents for their consideration during the Lockdown and highlighting a few areas of concern will be distributed. Approved.

•    The dismissal of The Old Potato Store Appeal (see above) has led to the need to review plans for allotment provision within the village. Liaise with The Dunston Diggers for their views and an update on their activities over the last few months.